For this exhibition, Peter Callessen will be focusing on architectural elements, where buildings and components rise from their shadow-like surroundings, as a reminder of what was once present and that even material like stone can change and break. The transformation from the flat and clinical two-dimensional paper into a scuipture is not just a formal exercise. The A4 paper-cut sculptures explore the possible and rnagical transforrnation of the flat sheet of paper into figures that expand into the space surrounding them touching upon thernes such as fragility and history. 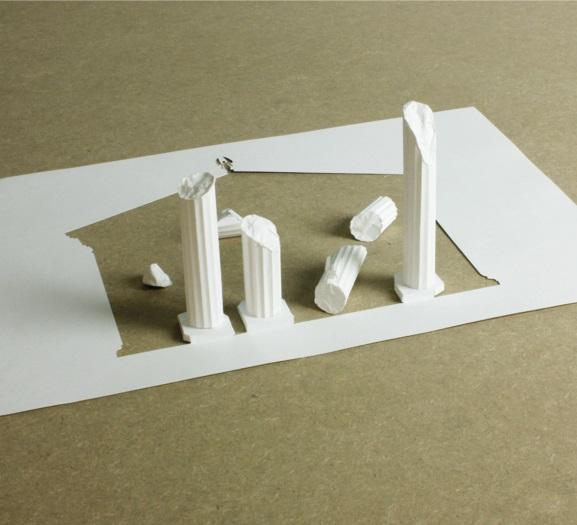 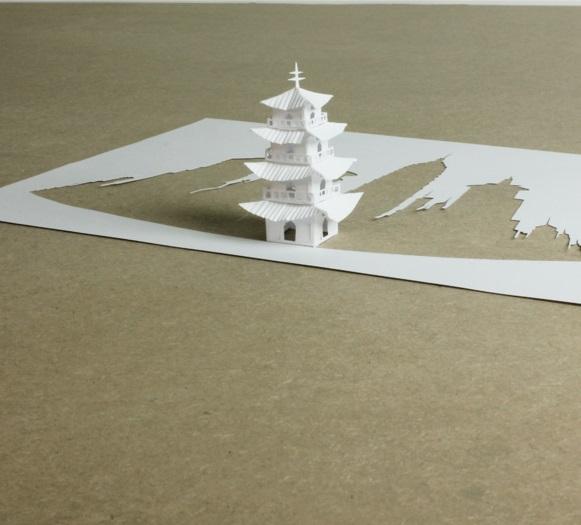 The Short Distance between Image and Reality III 2017 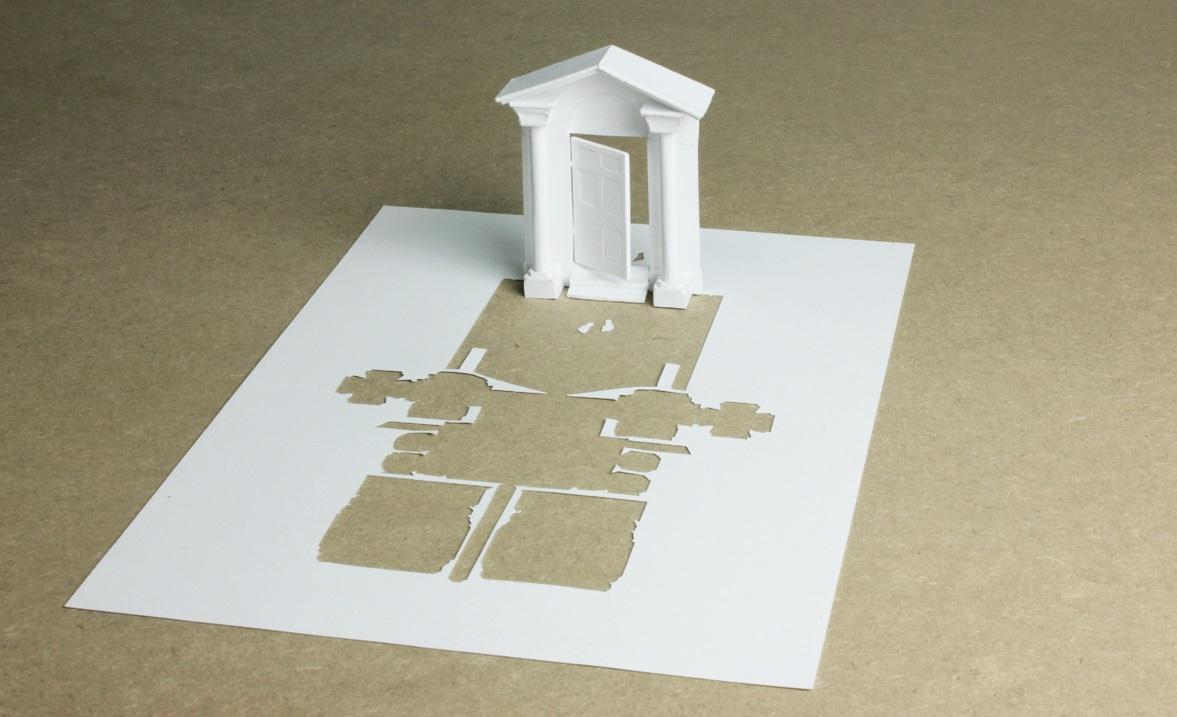